Apple’s new iPads have arrived at the WWDC event last week with a new size on the cards along with better screens, speeder chip, more storage, better RAM, improved camera, and a lot more. So, let’s discuss all the latest about these new and updated iPads in detail.

After June’s WWDC event, iPad Pro line from Apple now comprises of two models: one new and one upgraded. These models are iPad Pro 10.5” and iPad Pro 12.9”. Apple has decided to cut off the 9.7” model and that screen size is now left for only its base model.

Furthermore, the specs for both the iPad Pro models available now are identical as they feature same display, speakers, and internals. The only apparent difference between the two models lies in their screen size.

As mentioned, both the iPad Pro models now share identical specs so we have presented them in tabular form here.

When The New Models Are Arriving?

Both the new iPad Pro models are already available on the online Store of Apple and they will be shipping in the middle of June.

Though they are not offering support for new iOS 11 as of now but it is surely going to be there soon, probably this Fall.

What’s New In The Display?

Both the new and updated iPad Pro models now come with a lot speedier and brighter display. Retina screen now comes with a wider color gamut (P3) and is shipped with True Tone tech. Also, 600-nits brightness makes it all the more easier to watch anything anytime. The new iPads will also feature ProMotion refresh technology in their display making your iPad screen to refresh at 120Hz. So, you can really expect faster interactions even with your Apple Pencil for which the latency goes down to 20 ms.

JAMES BARRET – Jun 4, 2017
With the introduction of big iPad Pro, apple also introduced a smart keyboard that was meant to increase the functionality of the iPad Pro. In this iPad Pro keyboard review, I’ll try to cover this little gadget from all possible aspects and bring in front of you the real picture as to how handy it can turn out to be….

The smart ProMotion can work in collaboration with iOS to figure out exactly when the 120 Hz refresh rate is needed by the user and when this refresh rate can be lowered for saving battery life and making your new iPad more usable.

Apple won’t be producing 9.7” iPad Pro anymore as they have now replaced the model with a taller and wider 10.5” iPad Pro. The dimensions are, however, same for the bigger 12.9” model.

As the name suggests, 10.5” model comes with taller and bigger outlook compared to its predecessor and accommodates full-sized on-screen keyboard besides more in-app controls.

How The Two iPads Appear In The Split View? 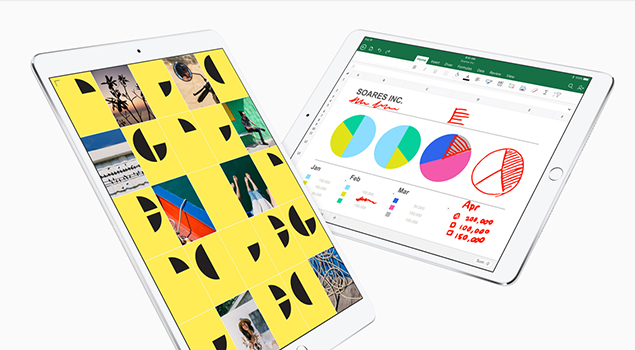 When multitasking on these iPads, the 10.5” model uses Compact size class as it enters Split View. The apps take an iPhone-Style UI when you go into 50-50 Split View. However, when you opt for 25-75 split or 75-25 split, you get one iPhone and one iPad-style display for the two apps.

The explanation is that with 10.5” model not wide enough to fit a couple of regular-sized applications without overlapping their UIs. So, an additional 15% width will be needed at least for scaling them effectively and if Apple opts to do that then you’ll have a quite strange looking iPad. 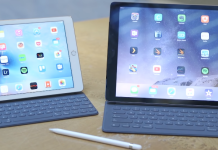 James Barret – May 15, 2017
The latest in the iPads from Apple is the smaller 9.7” iPad Pro. There have been lots of talks about the iPad pro features that make it even better than the bigger tablet versions. If you look at the ipad pro 9.7 specs, you’ll surely find out there are a lot of good things that have been added to the latest in the iPad family.

The bigger model, however, makes use of Regular size class as it goes to Split View. It means, opening 2 apps side-by-side in 50-50 split view will display the apps in iPad-style UI. But if the split is 75-25 or 25-75, then it will be one iPad and one iPhone-style UI in this model as well.

Both these iPad models are available with 4GB RAM with which they can give best experience when using 2 apps in split View.

It’s not there this time, unfortunately. In fact, it’s often challenging to incorporate Taptic Engines in devices having larger screens and that’s exactly why 3D Touch hasn’t yet been introduced with iPad Pro. An improvement here, however, is that both the models will ship with 2nd generation Touch ID sensors that tend to be more responsive and quicker when it comes to authentication and unlocking.

What’s Updated In Graphics And Processor?

New iPad Pro models will come equipped with the A10X chip that features 6 cores, three of which are high performance while the other three are high efficiency. As a result, Apple claims to have 30 percent quicker CPU as well as 40 percent quicker graphics performance. And this speed boost will be quite evident whether you are browsing the web, drawing, dragging/dropping or playing those heavy graphic games. 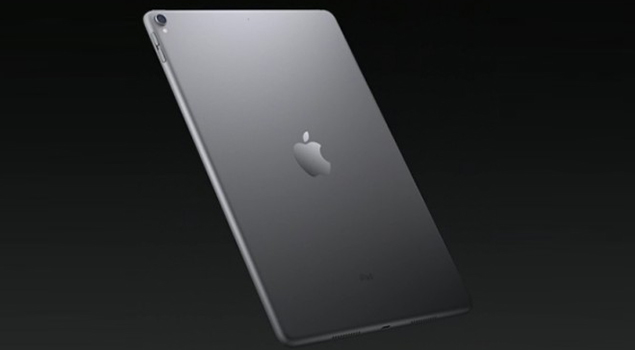 Improved sensors will be featured in these new iPad Pro models both in front and rear cams. We now have the same sensors as we had in iPhone 7.

iSight cam is now 12 MP and it also has the capability to record 4K videos at 30FPS with its f/1.8 aperture. The FaceTime HD cam, on the other hand, now comes with 7 MP sensors as well as Retina Flash.

The Accessories That Are Currently Available

The accessories that are currently available for the new iPads include 1st-gen Apple Pencil and an improved cover for the Smart Keyboard. You can also find a leather case and Pencil cases as well.

What Colors The New iPads Are Available In? 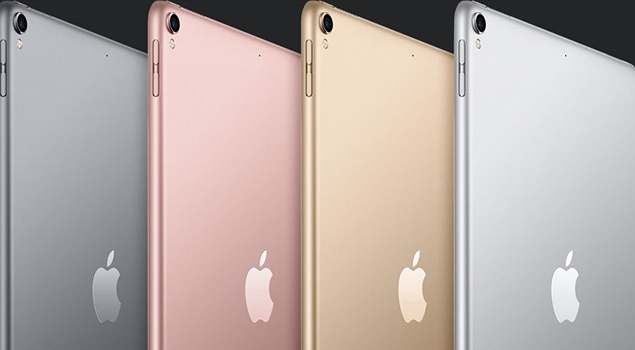 Just like other models of iPad, these new iPad Pros are available in Silver, Gold and Space Grey. The colors are available for both the sizes. However, you can also find new 10.5” iPad Pro in Rose Gold as well.

So that’s all for now about the newly introduced iPad 10.5” and the upgraded iPad 12.9” models announced by Apple at WWDC 2017. If we have missed something that you might be interested in, do let us know.

How To Connect Your iPhone Or iPad To Your TV?

How To Downgrade iOS 11.3 On Your iPhone/iPad?