Apple is already taking steps to make sure that maximum number of people can be able to watch the event on October 30 live. The latest from Apple is that it has updated the Apple TV app and made a few of the stores available to stream the event live. This is the event where we are expecting Apple to come up with its upgraded iPad Pro line and also the new Macs as well.

For anyone who hasn’t been invited to the New York event, there is an opportunity to watch the event live at home. And, for that, Apple has already released the updated Apple Events app that will run on Apple TV and it now offers support for this upcoming event that will kick off at 10 O’clock.

The update from Apple is also helpful in telling people the exact time by which they must settle down in the local time zone they are in and that means there won’t be many hiccups as far as time zone is concerned.

You can watch this special event live from the “Brooklyn Academy of Music, Howard Gilman Opera House” in Brooklyn, New York as it starts at 10:00 am.

But if you want to pretend as if you were in the New York city, it is possible for you to watch this event live at one of quite a few Apple Stores where it will go live on the video walls. Even though there has not been any official announcement yet for the stores’ list giving you any official information on where the event will be streamed live, but apparently it feels like the stores from the US and the UK will be included in this list. Nevertheless, there are some others as well from around the world that have been dotted too.

Considering that the stores must be open when the event will be taking place, lots of countries simply go out of the equation as far as streaming this event is concerned. The team at 9to5Mac has put together a list of the Apple Stores that they believe will be showing this event live. And, for confirmation, you can also visit Today section of Apple website to see whether your specific Apple store will be bringing the action live or not. Alternately, you can also search for this session through Apple Store app.

Here is the list from 9to5Mac showing all the Apple Stores where the event will be streamed live.

UK And Everywhere Else:

So, just gear up for catching the action live from Apple and see what’s in store for you on October 30th. There are surely some great announcements coming up. So, stay tuned and get to the Apple Store streaming the event live when it’s time. 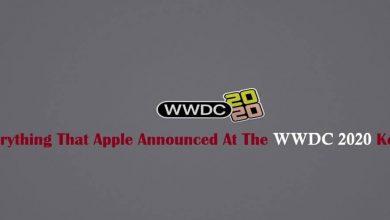 Everything That Apple Announced At The WWDC 2020 Keynote