Some Worth Highlighting iPhone 6 Plus Features

Apple released its iPhone 6 Plus in 2014 and it featured some great new specifications and features. There were a couple of iPhone 6 Plus features that were most talked about before and after the release of the phone. They were iPhone 6 Plus size and the customizations made to the user interface of this wonderful new iPhone. So, let’s dive a bit deeper and go into the details of iPhone 6 Plus specification and reveal the features it boasted of in detail.

Here are some of the most celebrated features of iPhone 6 Plus that you should take a look at.

When it comes to the size of iPhone 6 Plus, it appears more like Galaxy Note. Featuring 5.5” screen, the iPhone really feels big. Also it came thinner compared to iPhone 5s with its 7.1mm thickness. Apple is continuously going amazingly thinner with every release of its new iPhones and even with 6 Plus it did nothing different.

This model comes with LED-backlit display that features IPS technology. The display resolution is 1080 x 1920 pixels and besides it’s a retina display, in fact, Retina HD display as Apple calls it.

You can call your iPhone 6 Plus a smaller iPad mini. What you might not have in terms of UI customizations is two-pane interface. When in the landscape mode, your new iPhone features dual-pane window similar to iPad.

The phone features an interesting Home Screen’s landscape version. Dock icons stick to the bottom and there is only a 90-degree shift for accommodating them to landscape orientation.

Both iPhone 6 as well as iPhone 6 Plus feature the new A8 processor which is smaller and processes graphics a lot quickly. In general, the processor speed has increased by almost 20% when compared to A7. So, it translates into less resources and good performance.

Besides, the iPhone 6 Plus comes with M8 motion co-processor. The new M8 features biometric sensor which has the capacity of detecting elevation through relative pressure. It can also determine if you are running, walking or cycling.

The problem with most of the bigger phones is that when you are using them with one hand it almost becomes impossible to access opposite-top of the phone. With other companies introducing app scaling features, Apple has approached this thing differently. The reachability features introduced in iPhone 6 Plus allow you to double touch your phone’s home button to slide down the UI to almost half of your screen. This allows you to bring down links and buttons on the top and you can tap them easily whenever needed. It’s really a handy feature to have on your iPhone.

The best thing that came with iPhone 6 Plus was its optical image stabilization feature. Though not something new, it allows the users to compensate for camera shakes while capturing images.

IPHONE 5S JAILBREAK – GET EVERYTHING YOU WANT ON YOUR IPHONE

James Barret – May 19, 2017
Despite the latest versions of iPhone introduced in the market, there are many iPhone users who are very much pleased with the older iPhone 5s. However, they often feel the need of iPhone 5s jailbreak. However, they don’t have the proper set of instructions that they can use for effectively jailbreaking their device.

Besides OIS, the 6 Plus phone also features phase-detection autofocus. Apple is actually more concerned about raising the camera performance of its iPhones than anything else. Image stabilization in iPhone 6 Plus has also taken iPhone videos to the next level through ‘cinematic video stabilization’. The videos are recorded at 1080p with a frame rate of 60 fps. Even the slow-mo videos have been notched up with a frame rate of 240 fps. 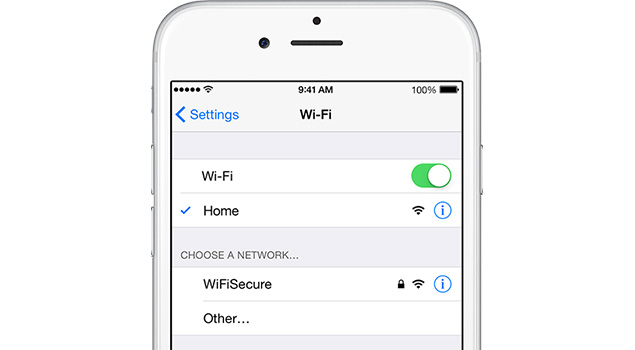 Apple claims that 6 Plus comes equipped with three times faster Wi-Fi. Combining a quicker Wi-Fi with some other great features such as Wi-Fi calling and VoLTE, it really rejuvenates your online experience. There have been some upgrades made to current connectivity features from iPhone 5s as well.

NFC is the latest addition to Apple pay. So, now your iPhone 6 Plus will let you pay through NFC by using its in-built Apple Pay feature. Well, Apple Pay goes beyond just NFC as it lets you make payments through apps and you don’t need to provide your credit card information. Apple pay allows you to add your credit cards and utilize the information available from the iTunes account. Apple says that all the payments are kept completely private and even Apple does not know what purchase has been made, how much it was and what the credit card details are.

Talking about iPhone 6 Plus memory, the iPhone is available in three different storage capacities i.e. 16/64/128 GB. Both iPhone 6 Plus and iPhone 6 don’t offer 32 GB storage. As far as the RAM is concerned, this iPhone comes equipped with 1GB DDR 3 RAM.

The battery life is good and as claimed by Apple, your iPhone 6 Plus battery will last for 24 hours when used normally. However, the usage patterns may make this figure to differ from time to time.

So, here we conclude with the iPhone 6 Plus features and hope that you’d like this phone will all its great offerings.

Apple To Bring OLED, Mini-LED To iPad Pro In 2021: Report