Do you still remember that battery pack that your MacBook once had on its back which could be easily popped off and replaced? It just used to be a thin, rectangular brick attached towards the bottom alongside its release switch. However, it was by 2012 when Apple got rid of such a simple mechanism for battery replacement and introduced a battery that was concealed inside a casing and was almost impossible to be replaced by a novice. That same type of battery came with MacBook Pro Retina as well. However, it is now possible to replace batteries of these MacBooks all by yourself without having to call for a professional to do that for you.

iFixit, the repair parts provider, has been coming up with a lot of content that shows how one can replace their MacBook Pro with Retina battery on their own ever since it first came to the scene. However, now this DIY repair company has built new kits that are designed specifically for the battery replacement. So, there is no need to locate every screwdriver or spudger that you have in your home and try your luck with the battery replacement only to find out none of them can do a proper job.

James Barret – June 12, 2017
Apple has officially announced 2017 MacBook Pro and MacBook Air at the opening keynote event at WWDC last week. The devices are expected to receive a refresh as we got the impression from the announcements made at the event. Some might not have been expecting this refresh to MacBook Pro because the latest models were introduced not long ago in 2016.

With MacBook Pro Retina battery repair kit, there come lots of screwdrivers, an OEM battery that is compatible with your MacBook Pro, opening tools and the adhesive solvent that will hold the new battery in its place once you have put it into your MacBook.

The most problematic part of the entire battery replacement process is the removal of battery which is glued firmly to frame of your MacBookPro. If you take a look at comments from different iFixit guides, they all refer to DIY jobs where the person trying to remove the battery ended up with puncturing holes into the batteries, had smoke plumes, or sparks fly. So, it means that the glue is pretty much solid and the task at hand is really a dangerous one.

Talking about the price, the latest kits introduced by iFixit for battery replacement of MacBook Pro Retina older models start selling at $79.99 that were introduced in the middle of 2012 and came until early 2013. The prices reach the most of $109.99 for 2015 15” MacBook Pro model. One thing worth noticing is that these replacement kits come with original Apple OEM batteries and it is definitely worth grabbing them. If you go for OEM batteries available on resell markets, you won’t be able to find anything for less than $60.

So, even if you pay the highest of $109 for your battery, you are still making a lucrative deal considering the fact that Apple charges $199 at least for battery replacement of your MacBook Pro if its warranty period has already elapsed. 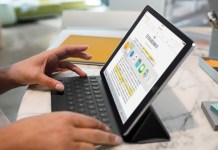 It’s the matter of whether or not you are ready to replace your MacBook Pro battery all by yourself, even when you have iFixtit’s specially designed kit for this purpose and the step-by-step instructions that come complete with the pictures for each step. It is, however, recommended by iFixit that if you do not have any experience of gadget tinkering then you should better have one of your friends to help you. Among all Apple devices out there, it is the hardest to do a DIY job on laptops.

So, if your battery is still in a good condition, you should better not mess with it. This is, especially, so when you are not an experienced person in gadget repairing. However, if the battery has already gone dead then it is definitely worth taking the risk and you should get on with the DIY job. Believe it, the instructions provided with the battery replacement kit are enough to make you feel like an expert.

Apple’s Own 5G Modems Under Works To Phase Out Qualcomm