When Apple introduced iOS 11, it came with quite a few great new options and features. One thing that has a lot to talk about in new iOS is Siri. We now have a lot more improved Siri and there are quite a few things that can now be done with Siri in different apps which couldn’t have been possible before. It really makes your iOS 11 experience more user-friendly and accessible. At WWDC 2017, Apple took the opportunity to unveil a new feature in Siri called ‘Type To Siri’ and it can now be used in the iOS 11 betas.

So, if you don’t really like talking to Siri, and you still can’t miss out on your personal digital assistant, then you can simply try Type to Siri feature in iOS 11.

How To Enable Type To Siri

Here are some relatively simple steps that you can try for activating this new handy feature and making the most of your Siri experience. 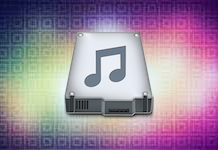 HOW TO CREATE ITUNES LIBRARY BACKUP

James Barret – July 24, 2017
Nowadays, we choose to keep most of our favorite music online. However, keeping backup on our local hard drive is still a good strategy to keep things on the safe side. And, if you are a fan of iCloud Music Library or Apple Music, the best backup option you have got is iTunes.

The feature works fine even if you are using some external keyboard with your iOS device and it really is a great option for those hardcore iPad users.

Despite all the great things about this new capability of Siri, there is one major downside and that is you can’t be able to switch between type and voice input quickly. It’s an accessibility feature and disables voice input until you repeat the process all over again and disable Type To Siri. Hopefully, this thing might change going forward and we might have a seamless experience using Siri with both Type and Voice input. But that’s how it is for now. You can find out more about latest features of Siri here (How To Use Siri Translations In iOS 11)

How You Can Extract Your Voicemails And Messages From iPhone/iPad

How Do I Change My Apple ID?

September 4, 2020
free upload - Instagram For iPad – What Options Do You Have?

Fine way of explaining, and fastidious post to take facts about my presentation subject matter, which i am going to…

Hi Ahmet, What kind of device do you want to install Happy Chick?

Hi Alex, Sorry for that, we are not selling free accounts for Clash of Clans.