Among all the new announcements that Apple made at the September 12 keynote event, there was Apple TV 4K as well. Yes, it’s the latest from Apple as far as Apple TV is concerned. If you want to explore this latest launch from Apple, here we have got everything you might be interested in. Just read on to find out. 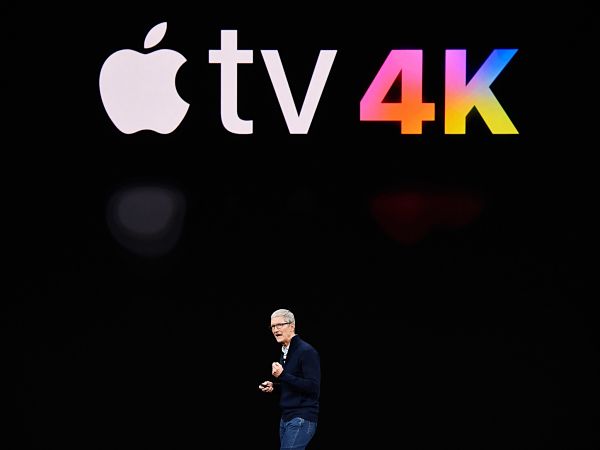 The upgraded 4K Apple TV will be available for sale from 15th of September and the shipping will start just one week after it on 22nd of September.

What Will It Cost?

Is There Any Changes Made To The Design? And, Will There Be A Siri Remote That Comes Along?

Not really, there is “subtle redesign” that new Siri remote is going through to offer a white colored circle around menu button.

What About Specs? What The New Apple TV 4K Will Be Running?

Obviously, some new tech is arriving to offer support for 4K HDR stuff. The new Apple TV will come with A10X chip which is exactly the same that we had in iPad Pro. So, you’ll be getting twice the power of the CPU while the power of GPU will become four times of what we currently have in Apple TV.

So, What’s More Out There About HDR And 4K?

The 4K Apple TV can push 4 times of the pixels an HD screen has got. Therefore, you will be getting far greater number of pixels if there is display that offers support for it.

As far as HDR is concerned, it refers to High Dynamic Range. Your new Apple TV doesn’t just support considerably higher number of pixels,the pixels are displayed in an even better manner. Your new Apple TV offers support for Dolby Vision and HDR 10 industry standards to give you a high-detail, high-resolution image through its 4K and HDR capabilities.

What tvOS Does New Apple TV Have? Is It Ready To Support 4K Content?

Yes, that’s a sure thing, Apple has come up with a complete redesign of user interface in tvOS 11 as well as the famous aerial screensavers for ensuring that new TV’s 4K and HDR capabilities are utilized to the fullest.

So, What’s The Update On Content? There Is No Need To Buy New Apple TV If One Can’t Use It To Watch The 4K Content.

You can watch the 4K content on your new Apple TV. Apple is already working with some major studios like Lionsgate and Universal, to fill iTunes with some 4K content. The prices for 4K shows and movies will remain the same like that of HD content. Also, any of your HD content present in the iTunes library gets converted to 4K automatically. 4K content will soon be released by Amazon Prime and Netflix as well. So, everyone is gearing up for 4K HDR.

Is There Anything Else That You Should Know?

Yes! There are some updates coming to TV app from Apple as well. These will include live news and live sports content. It will allow you to keep the tabs on game time, scores, news channels, teams, and lots more. But for all that, we’ll have to wait for next iteration of TV app to arrive.

Apple also plans on bringing the TV application to Australia and Canada later in the month. Also, later in the year, the TV app will be available in Germany, France, Sweden, Norway and UK as well.

So, that’s all about Apple TV 4K. Just order your Apple TV as the sales begin and enjoy an all-new experience!

Apple Set To Launch New Low-Cost iPad With A12 Chip This Year: Leaker