The latest in the iPads from Apple is the smaller 9.7” iPad Pro. There have been lots of talks about the iPad pro features that make it even better than the bigger tablet versions. If you look at the ipad pro 9.7 specs, you’ll surely find out there are a lot of good things that have been added to the latest in the iPad family. Let’s take a good look and try to find out!

The size is not the only thing that has changed between the different versions of iPads that have been introduced so far. In fact, there are many feature enhancements that have been made and are worth talking about. Here are a few improvements made to iPad 9.7.

Anyone who might have used the iPad Air 2 would initially think that the display in 9.7 iPad is virtually the same. Well, it may be the same considering its resolution and size, the screen in the latest iPad pro comes with quite a few improvementswhich make it far better than the previous models.

To begin with, there is wider color gamut introduced in the display for iPad 9.7 which helps in the improvement of color saturation.It also offers better screen brightness and, as claimed by Apple, iPad pro offers 25% brighter display in comparison to what we had with iPad Air 2. 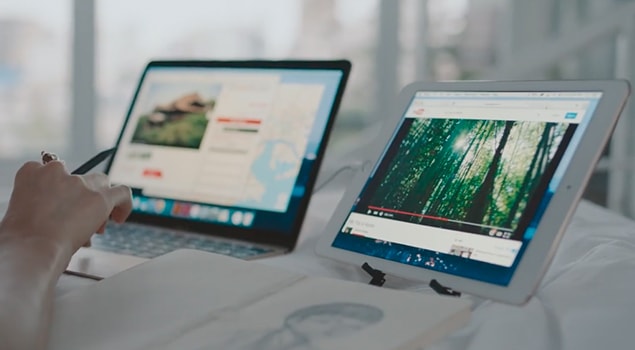 And, it’s not just about the brightness, the iPad comes with better anti-galore properties as well which, as said by Apple’s SVP of Worldwide Marketing, makes it 40 percent less reflective in comparison to Air 2.

Increasing the capabilities of screen display in latest product releases from Apple, the company has come up with True Tone Display that makes life easier for the users when it comes to reading contents in different ambient settings.

This new display feature introduced by Apple basically makes use of 4-channel ambient light sensors for automatically adjusting display settings to most ideal intensity and temperature of color depending on the ambient light. A significant change can be noticed in display of the device when you use it outsides in sunlight and then inside your home or office sitting under the fluorescent light.

The latest iPad Pro launched by Apple comes with improved camera features as well. And the camera also adopts a few latest features that are already on the newest iPhones.

So, it’s not that same 8MP iSight camera anymore that we had in the original Pro version of iPads. The latest iPad Pro comes with 12 MP iSight Camera that offers support for True Tone Flash and Live Photos which are also the part of iPhone 6s.

The camera also features Focus Pixels which was launched with iPhone 6 but still wasn’t introduced with the iPads. According to Apple, it is something that allows for faster autofocus.

The iPad Pro is also going to be the first of its kind that comes with ƒ/2.2 aperture camera similar to the latest models of iPhone. It’s a little improvement as other models come with ƒ/2.4 aperture. The tablet also allows for panoramic pictures with up to around 63 megapixels resolution and that’s 20 megapixels improvement from first Pad Pro.

There is a good news for those planning to shoot some videos with their iPad Pro as well because the smaller iPad makes it easier to get some wonderful footage. The iPad Pro 9.7” is capable of shooting 4K videos besides the ability of capturing slow-motion with 1080p resolution. The autofocus also works with shooting allowing you to capture better shots than focusing on screen all the time.

The processor used in iPad Pro 9.7” is the same as that in the iPad Pro 12.9”. Yes, it is A9X processor that was featured in the bigger iPad Pro. There is support for 12-core graphics and M9 motion co-processor as well. 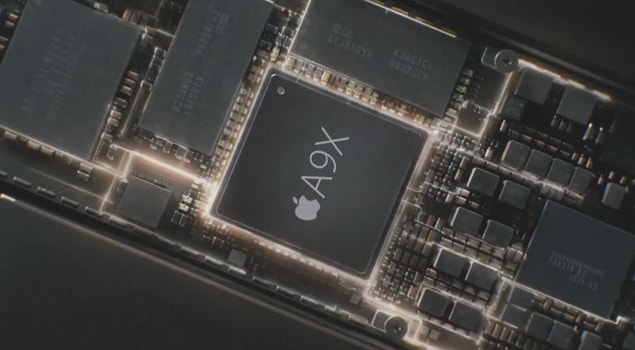 The iPad Pro Ram in the latest version of the tablet is, unfortunately, not as big as that in the bigger model. Here the RAM has been degraded to 2GB from 4GB of the bigger iPad Pro. However, it doesn’t affect too much on normal productivity of the iPad 9.7” Pro even when two apps are running side-by-side.

However, if you are up to some heavy work like video editing of 4K videos then there may be a certain drop in the frame rates besides more processing time.

So, these are some of the most talked about iPad pro features that make the latest version a more desirable iPad on market. 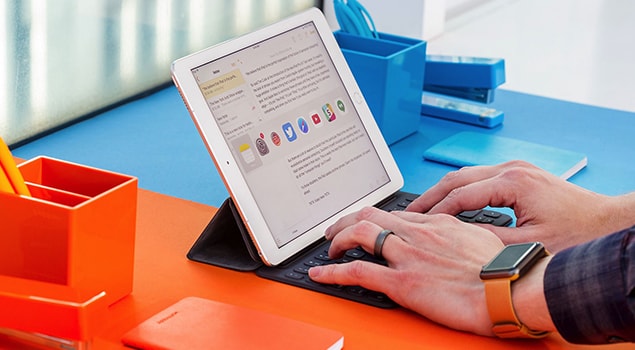